The epiphytic fern is distinguishable because its fronds always appear in various forms, from a simple one to varying degrees of pinnately lobed margins, normally up to four pairs (sometimes more, but rarely).

This is a fairly common species of epiphyte on mature urban trees. Besides trees, Holttum (1954) also described them growing on rocks and on the ground in open areas, and being able to tolerate full sun. 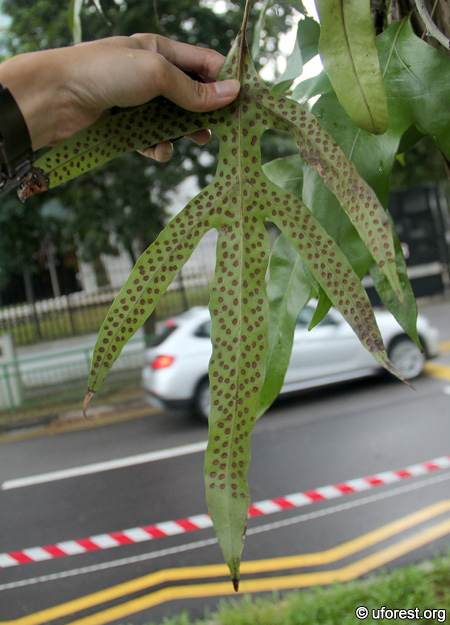 Underside of the fertile frond, showing the sori. 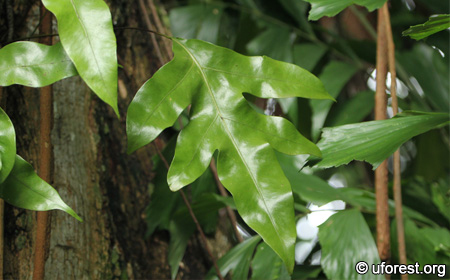 A sterile frond with two pairs of lobes. 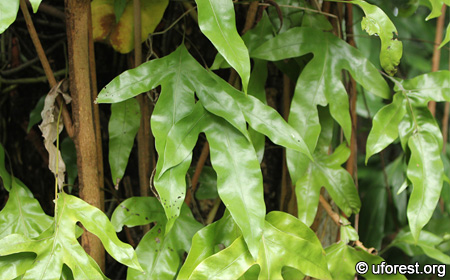 Sterile fronds with one pair of lobes.

A sterile frond with no lobes.